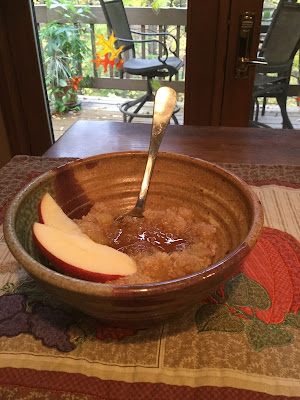 This is a great chilly morning porridge.  It makes for a great alternative to oatmeal and has just enough sweetness you could serve as a dessert!!

I will be making this again, trying different flavors such as nutmeg, or adding bananas. (when I can eat bananas again).

The honey was a nice addition of sweetness.  Apples were cooked perfect.  I cooked almost exactly 25 minutes after it boiled.  Super low heat for simmer and I kept the lid closed until the time was done.

Here is the inspiration
https://www.simplyquinoa.com/cinnamon-apple-breakfast-quinoa/

Instructions
Peel and core both apples. Chop them into bite-sized pieces.
Add quinoa, water and apples to a sauce pan. Bring to a boil, cover and reduce to simmer for 20 – 25 minutes. The apples will be soft and the quinoa will have absorbed the water.
Stir in cinnamon and transfer mixture to two bowls.
Drizzle with honey and sprinkle with additional cinnamon (if desired). And enjoy!

Percent Daily Values are based on a 2,000 calorie diet. Your daily values may be higher or lower depending on your calorie n
Posted by Unknown at 7:40 AM No comments: 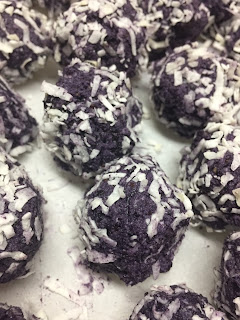 Here's the inspiration  I used; 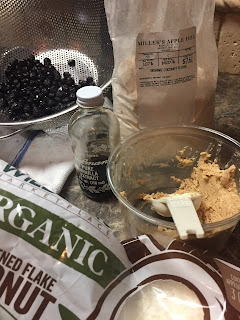 I made two batches. Both with frozen blueberries.  I am not recommending this as the flavor of true blueberry cannot really be tasted.  I am going to make another batch with fresh blueberry and am banking on improved flavor.

The first batch I followed the recipe and it was too mushy.  I had to add more coconut as I was rolling them to keep them from being a sticky mushy mess.

The second batch I added more coconut flour and cashew butter.  It improved texture in the food processor and was easier to form balls.  I also added a bit of vanilla extract to improve the flavor.

I'm finding them to still be lacking in flavor.  Jessica tried them today and suggested adding a pinch of nutmeg.  I'm going to try it next batch.   If it works and I like it, I'll update the blog. 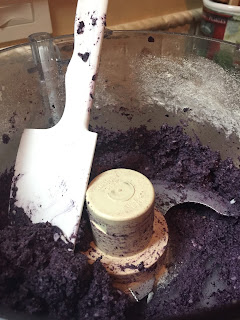 I added a splash of pure vanilla extract and used the coconut flour in both batches. 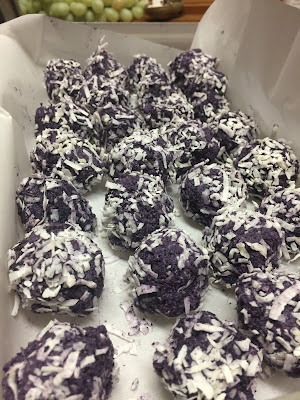 Posted by Unknown at 5:00 PM No comments:

Oct 2017 update, I failed the Keto program, mostly because I just wasn't there yet.  I wasn't ready for a change in diet lifestyle again.  But this blog was drafted and it's a good story so I'm posting it now.

It's been a while since I've blogged. Of course I decided to blog because I'm on a new adventure!  I know you are surprised right?  But the world is going crazy over the "Keto" diet.  Short for Ketogenic Diet.  There is nothing new about this diet, it's been around for years. It's been used with great success in treating things such as childhood epilepsy and other neurological illnesses such as Alzheimer and even brain tumors. It can be extremely beneficial in treating diabetes and obesity. Now if you stop and think for a minute about the common thread in all the research out there on treating illness.  The common thread you'll find always comes back to food.  What we put in our bodies for fuel.  You've heard the saying, "you are what you eat".   With the help of the internet and social media, the world is finally getting the message. And some people are doing something about it.

A quick story.  About 20 years ago (give or take) there was an employee of mine.  Larry Burgess.  I'll never forget him.  Larry was diagnosed with Pancreatic cancer, stage 4 or 5.  Or whatever stage is the "good luck buddy you are going to die and soon because there's nothing we can do for you" stage.  20 years ago Cancer was a death sentence.  The Internet was not a "thing" and obtaining resources for information was very different then it is today.  What Larry did back then was considered radical.  The medical industry had a hold on Cancer, making a bazillion dollars in the treatment of it.  You didn't dare seek "alternate" treatments because well, that was just crazy.  But Larry did.  He found holistic doctors that were going to treat his cancer differently.  He didn't take chemo or radiation.  He did't take medicine.  He changed his diet.  He stopped eating what the world provided.  You know the stuff, low fat, high sugar, processed foods that were all the rage back then.  He changed his diet to nothing but super greens.  They were not popular like they are today. kale, collards, spring mix, Swiss chard and the like. These greens were something those radical, organic crazy people ate.  You know the ones who only wear cotton. He had to buy them at organic health food co-ops because the stores didn't carry them.
Larry only drank his meals for months. He had a juicer.  You know the one that almost every health conscious person has in their kitchen today?  After months of drinking juice from organic greens he introduced whole greens and began eating salads and other organic vegetables.  Basically he went more vegan then I think vegans go and at some point he actually looked a little green.

Now stop here for a minute. Does any of this sound familiar? It sounds like some very popular ways of eating today doesn't it?  You are thinking of course it's whole food eating, it's juicing.  It's what goes on as the normal thing today.  But let me remind you, back then, 20 years ago, it was not the normal thing. He was crazy.  The medical industry turned their back on him because he wouldn't do the traditional treatment for Cancer.  They told him you are going to die, in months, maybe weeks.  He was forced to go "underground" as he referred to it back then.  Underground meant traveling hours to see doctors, going to health food stores that were not common so they were hard to find. Getting vegetables for only organic co-ops because  you couldn't by them in the grocery stores.  It meant getting research and information through books and other media that could be keep on the down low.   I watched him live another 5 plus years, I watched him get married, and during all this he traveled all over America (he drove tour bus).   I always thought what he did was amazing. What I didn't realize back then was just how amazing.  I think back and can truly appreciate the commitment this man made to change the course of his direction and improve his condition just to live a few more years.


After reviewing my site I noticed it gets a fair amount of views.


I pretty much use my site as a recipe book.  Which is also awesome.  A collection of my favorite things to eat that are healthy and good for you!  A collection of ideas and goals.  And of course a history of progress, events, injuries, feelings, failures and successes.   I hope you enjoy it and please comment if you've tried something or would like more information about something I've done, cooked, or am doing.
Posted by Unknown at 4:09 PM No comments: